Homeless adults want to live in the Citizens Again City

When I first launched the Citizens Again project, I asked ten adults who were experiencing chronic homelessness about their thoughts about this idea of a City for the homeless with the services to assist them, and if they would live there.

I showed them a picture of the city, and in less than a minute, I explained the mission of this effort, the features and the amenities of the city, and what I was hoping to achieve. They quickly understood it, and latched onto many of my ideas and beliefs that I didn’t mention to them – so I knew there was validity in this idea.

Their own words are a stark contradiction to what most people think of the homeless: drug addicts that want to live on the streets, and this is the life that they want. Watch the video for the transcription of the conversations below, and you’ll understand that the homeless are human beings that need a second chance in life. 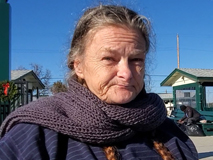 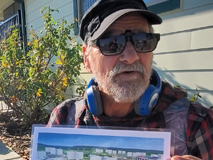 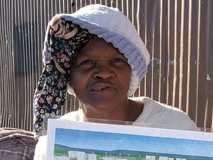 Woman 2: It’s a beautiful program, and Betty Jean Jeffries will agree and help support this. 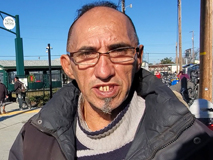 Duane: What do you think about the idea?
Man 2: I think it’s a good idea I think you know homeless get off drugs and give them self-esteem to become productive citizens.
Duane: Yeah, would you want to live there?
Man 2: Of course! I would trade drugs for a place
Duane: Yeah, trade drugs. Okay and you think other people would want to live there too?
Man 2: Of course! There’s lots of people asking how do they get into a place and yet Navigator doesn’t help them as much.
Duane: Okay great. Thank you. 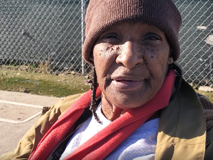 Woman 3: I’ve been stalked and terrorized on the streets and now I’m being terrorized where I live at a board and care, and this would be very nice to me and I’d appreciate something like this.
Duane: And it’d have room for your little friend there too.
Woman 3: You know if it’s safe and secure it’s an okay thing to do. 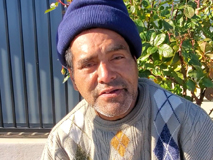 Duane: Okay so sir, would you be interested in living in the city here?
Man 3: Yes, yes I would. I think it’s a great idea. I’d be something good for the homeless it would keep their mind busy. And they’d have activities there, they’d have things to do, they wouldn’t have to go too far. 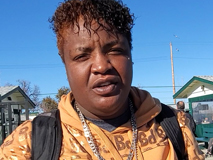 Woman 4: I think it would be great and I would want to live there because it would give someone another chance because everyone’s that homeless isn’t it just drug addicts or you know mentally crazy. People will have things to happen they have people that pass away or you know a lot of tragedies that happen they cause people to be homeless. And it would be a great thing to have a second chance. 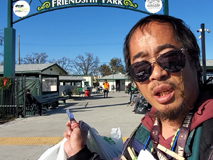 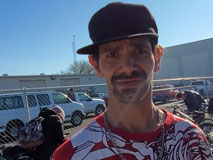 Duane: So what do you think about the program?
Man 5: I’m down.
Duane: So you think you’d live there?
Man 5: Yeah.
Duane: You think other people might be interested too?
Man 5: I’d get a couple of friends of mine (unintelligible)…
Duane: What about it sounds good for you?
Man 5: Get off the streets. 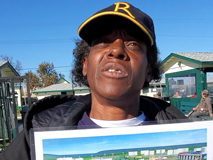 Duane: Ok. Great. What do you think?
Woman 5: All right yes. So this is what I think. I think this is a very valid reason because this is way the area would be secure and you can house them in different sections and be able to take care of them and meet their needs in that within that development. I think you should really look at this.
Duane: Would you want to live there?
Woman 5: Oh I definitely want to live here in a secure area!
Duane: Yeah. Do you think other people would like that too?
Woman 5: Of course, of course! But you know what I think it is, is that some people don’t even understand that those ARE the needs that they need to be met and so I think that that it’s important to teach them on how to go about living a better life. And I think here in America we’re not doing that. But if we teach him, they’ll come. They’ll come!